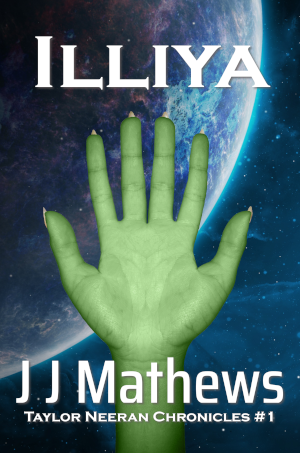 Your Free Book is Waiting

All Taylor wanted was to get to know her mother. Now, she may never get that chance.

Taylor went along for the ride to help her mother survey a new planet, and the offer of a few extra course credits for doing field work certainly didn’t hurt.

A planet on the edge of disputed territory, sure, but the war with the Xathen had ended thirty years ago, and the Commonwealth had won. It didn’t matter that the first survey ship failed to return, things like that happen during wartime.

But this was just term break, with two whole months to work alongside her mother and get to know her better while she sharpened her Xenobiology skills in a verdant paradise.

With any luck, she would graduate early.

Then Taylor messed up, big-time.

Now she was lost, alone and struggling to survive, stranded ten thousand light-years from home.

Click the button below to get your free copy!

Where should I send it?

Enter your email address to get your free book delivered to your inbox.

What readers are saying about the Taylor Neeran Chronicles

Bravo & Kudos to the author of "Illiya (Taylor Neeran Chronicles Book 1)", Great start to a good series, I found it very hard to find a place to quit for the night. Even burning eyes did not convince me to stop. Great imagination, very good character development, description were installing vivid in your mind's eye-you were there. I have already bought the rest of the series and have started on Book 2.

I Highly Recommend this Series!!! Fanatastic!!!

"Intercession" was well written, great characters, readers interest level is kept high. The series to date is a fascinating story told by an excellent writer. I am delighted to find out the series will go on with "Icarus". This Sci-Fi tale shows how great JJ's imagination weaves a story.. You will not be disappointed with this read.

James Jacob (J J) Mathews grew up with his nose stuck in books. A voracious reader in his youth, he devoured all of the science fiction and fantasy books he could find at the local library. J.R.R. Tolkein, Isaac Asimov, Ben Bova, Larry Niven, Voltaire and Greg Bear were some of his early influences, with many other authors added to his bookshelf as time went on. Broadening out to read more genres as an adult, J J has always held a special place for fantasy and sci-fi.

J J is married and lives in Hamilton, New Zealand with his wife and three boys, and writes in his spare time.

The Taylor Neeran Chronicles is his first venture into science fiction.